The Town of Ridgway, known as the Gateway to the San Juans, began as a railroad stop at a dusty crossroads that supported the mining and ranching activities of its late 19th century citizens. Today, its expansive vistas to distant mountain peaks remain enduring backdrops featured in iconic movies like True Grit and How the West Was Won. It’s still a one-stoplight town. But the resident population has been steadily increasing, and traffic flies through at the overwhelming rate of 10,000+ vehicles per day. A critical need developed to improve infrastructure and circulation without sacrificing Ridgway’s strong historic Western flavor. Through a robust community process, the endeavor entailed a decade long process whose goal was to protect Ridgway’s character while improving the roads, sidewalks, parking, utilities, lighting and gathering spaces that could welcome growing numbers of people. The project demonstrates the power of design to catalyze community revitalization, not by doing away with the past, but by celebrating it and creating a plan to support growth for the next hundred years. What might have been a technical, engineering approach to upgrade infrastructure became much more about celebrating and securing the identity of the town as an artistic, ranching and railroad community. 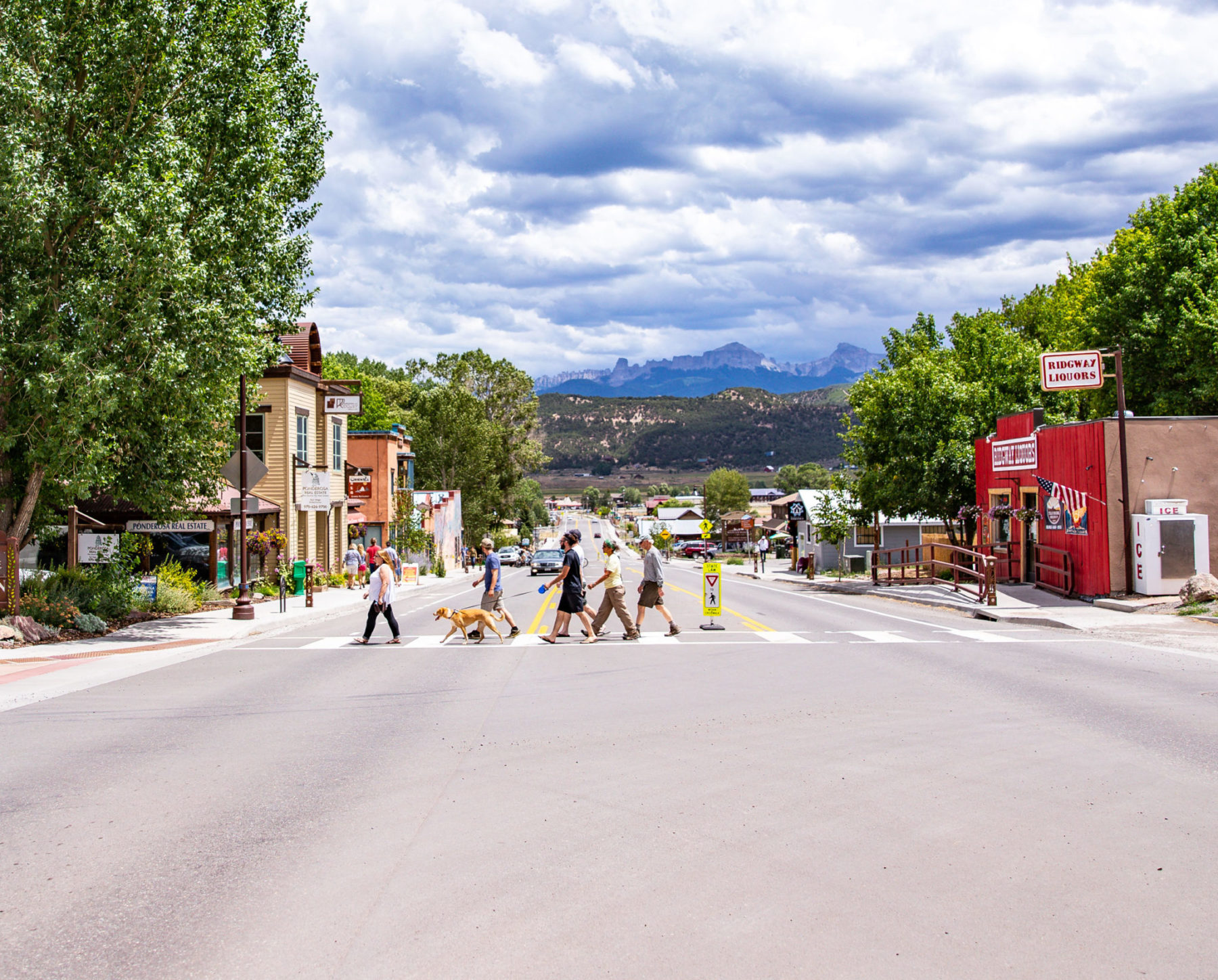 Downtown Colorado, Inc. Governor's Award for Best Use of Public Space in a Small Community

PREVIOUS PROJECT Back to Civic NEXT PROJECT