It Matters How You Get There

For the past two decades (ish) I’ve driven myself from home to work and back, happily listening to NPR, calling my parents, and building my defensive driving skills with the other thousands of car commuters in Denver. In 2008, we moved to a house right next to a new light rail station. As my daughter started attending preschool, my commute began to include dropping her off and picking her up at various locations around town until she landed a spot at an early learning center on the edge of downtown, right smack in front of another light rail station stop. Since that moment, we have embraced the public transit option whenever possible and I thought I’d share some life lessons we’ve learned along the way.

It’s not going to save you time or money, but you won’t care.

I am one of the lucky ones that have the option of driving or taking the train; but it actually costs me more money to buy a rail pass than to hop in my car and go. We are grateful that my company helps pay for part of our public transit, but still the accumulation of gas savings is a little less than the cost of the pass each month. Train schedules are such that it takes about twice as long to get wherever I’m going, so there isn’t much savings there either. But the journey itself is so different. It’s an adventure and a puzzle to figure out the route; it’s a shot of adrenaline to catch the right train; it’s one fewer car on the road on a smoggy day; and it’s an extra hour with my kid every day where I can look straight at her rather than in my rearview mirror. 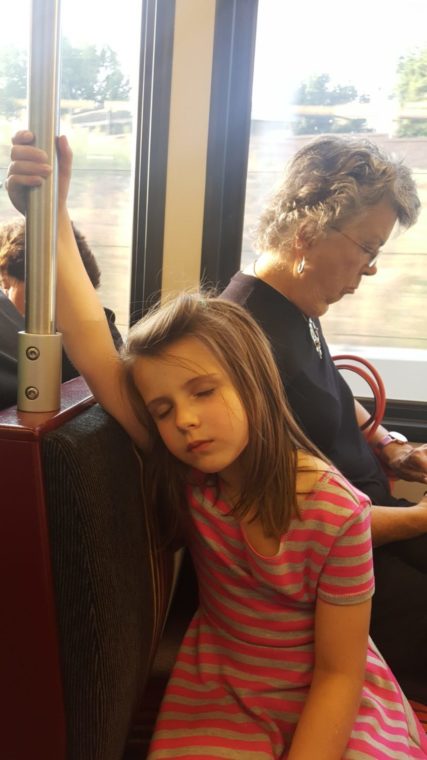 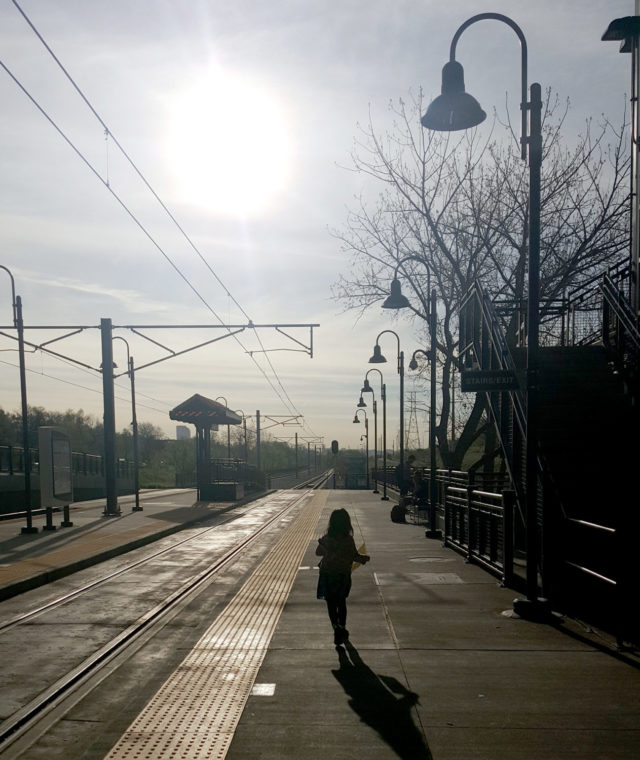 People are kind. Safety is relative.

The difference in “community” between driving and riding is enormous and the complete lack of “road rage” was such a relief. All walks of life take the train and when you’re sitting next to them on a seat, rather than zooming around them in a car, it builds compassion and understanding in our neighbors on a basic level. This past summer, tensions were high around our country and it is easy to demonize one group or another on a screen or from a distance. But in fact I started feeling much safer on the train, surrounded by people traveling in the same direction, but with a lower chance of an accident than if we were zipping around on a highway together. Almost every day, I saw somebody giving up their seat or exchanged a smile with another rider who was treated to my five year old’s rendition of Taylor Swift. I love feeling like a good citizen by giving somebody directions to their correct train and looked forward to seeing “lady with the purple hair” at that one stop every day. My daughter even recorded a quick public service announcement on train safety that is just good advice no matter where you are.

If you think you might catch that train, start running now.

I look for metaphors in life and this is one of my favorites. I don’t know how many times I saw a train coming and wondered if I was too late. But 9 times out of 10, if we started moving as soon as we spotted it, we’d catch it in the nick of time. What a great way to look at those chances in life that you aren’t sure you’ll succeed at: start running!

Denver is an enormous city and it’s easy to feel isolated in that large of a crowd, everyone collectively going their different directions. As our cities grow and as we look to new modes of transportation (driverless cars?!), it’s great to think about the benefits of public transportation and how to design more convenience and incentive toward their use. There was a study done by a group called Happy City who discovered that people who commuted by car are least “happy”; people who take the train are “happier”; and people who walk are “happiest”. The interesting thing is that they also found out that people who switched from driving to another form of commuting were “happiest of all”. The key, it seems, was to include a walk somewhere in your commute. Fresh air, the power of moving on your own steam and no angry horns – it makes sense to me.