The Arrabelle at Vail Square re-envisions Lionshead, establishes a foundation for surrounding future redevelopment, and provides a more urban counterpoint to the Bavarian atmosphere found in Vail Village. The primary goal was to stimulate the redevelopment of the entire Lionshead Village by reinventing its core, the original Vail Resorts parcel. Lionshead, the second gateway to the Vail Ski Area, opened in 1970 and originally contained a gondola, skier services, retail and condos. Over time, the gondola was relocated into the adjacent ski yard, a restaurant moved into its space, and the condos became employee housing. The architectural character of the original development was not passing the test of time, and the public spaces were awkward, unsafe, and inefficient. The surrounding development, while of similar architectural character, was fairing better because of its better retail spaces. The majority of activity in Lionshead Village could be found all around the edge of the original Vail Resorts development and down the pedestrian street to the East Lionshead Bus Stop. One of the tools that Vail Resorts specified to help reinvent Lionshead was a new architectural character and richer streetscape finishes that build upon the Bavarian roots established at Vail Village along Bridge Street in the ski resort’s early years. Finally, the design team was given the task of creating world class public spaces with unique amenities to serve as an appropriate gateway for the internationally recognized Vail Ski Resort. 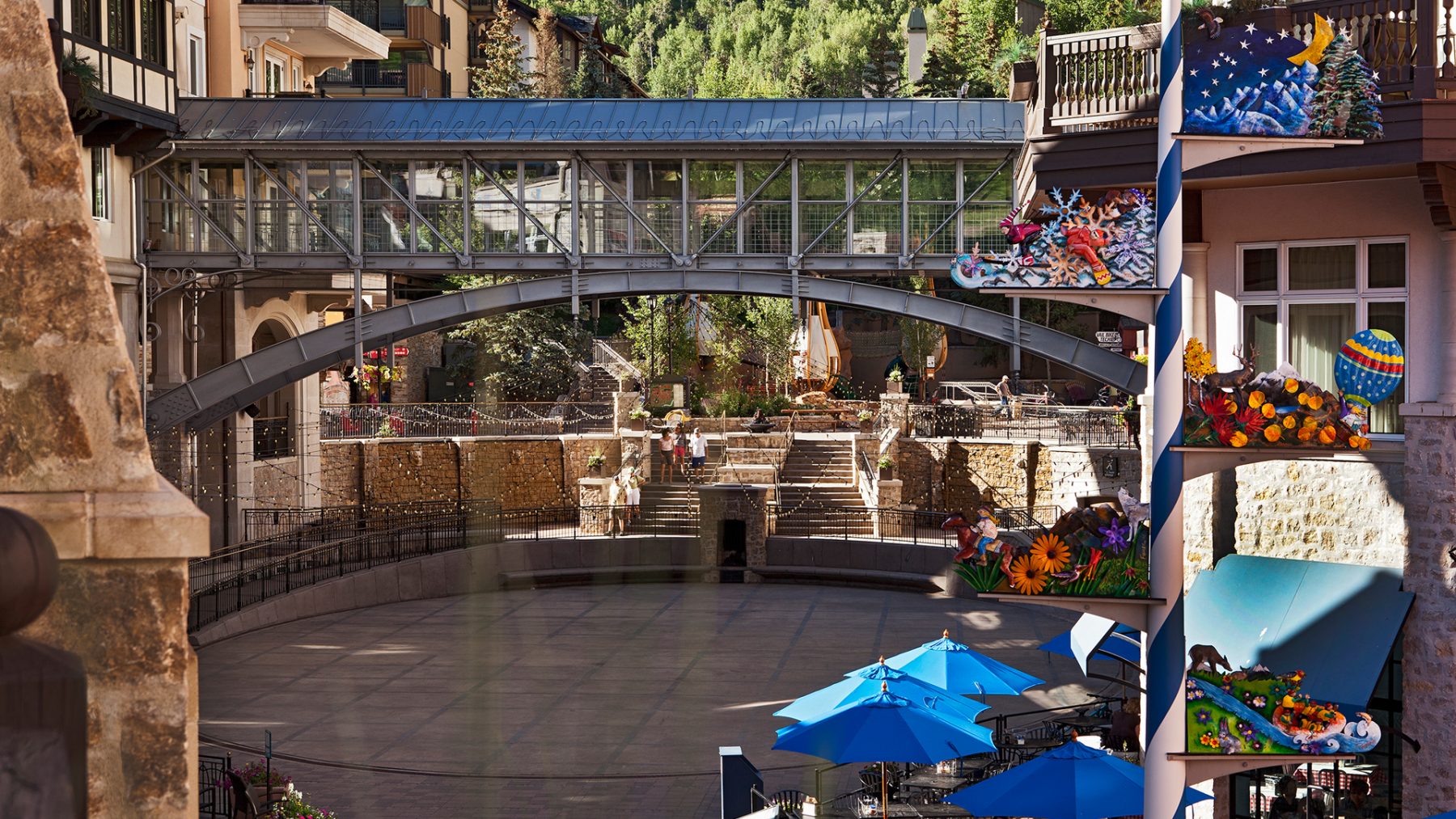 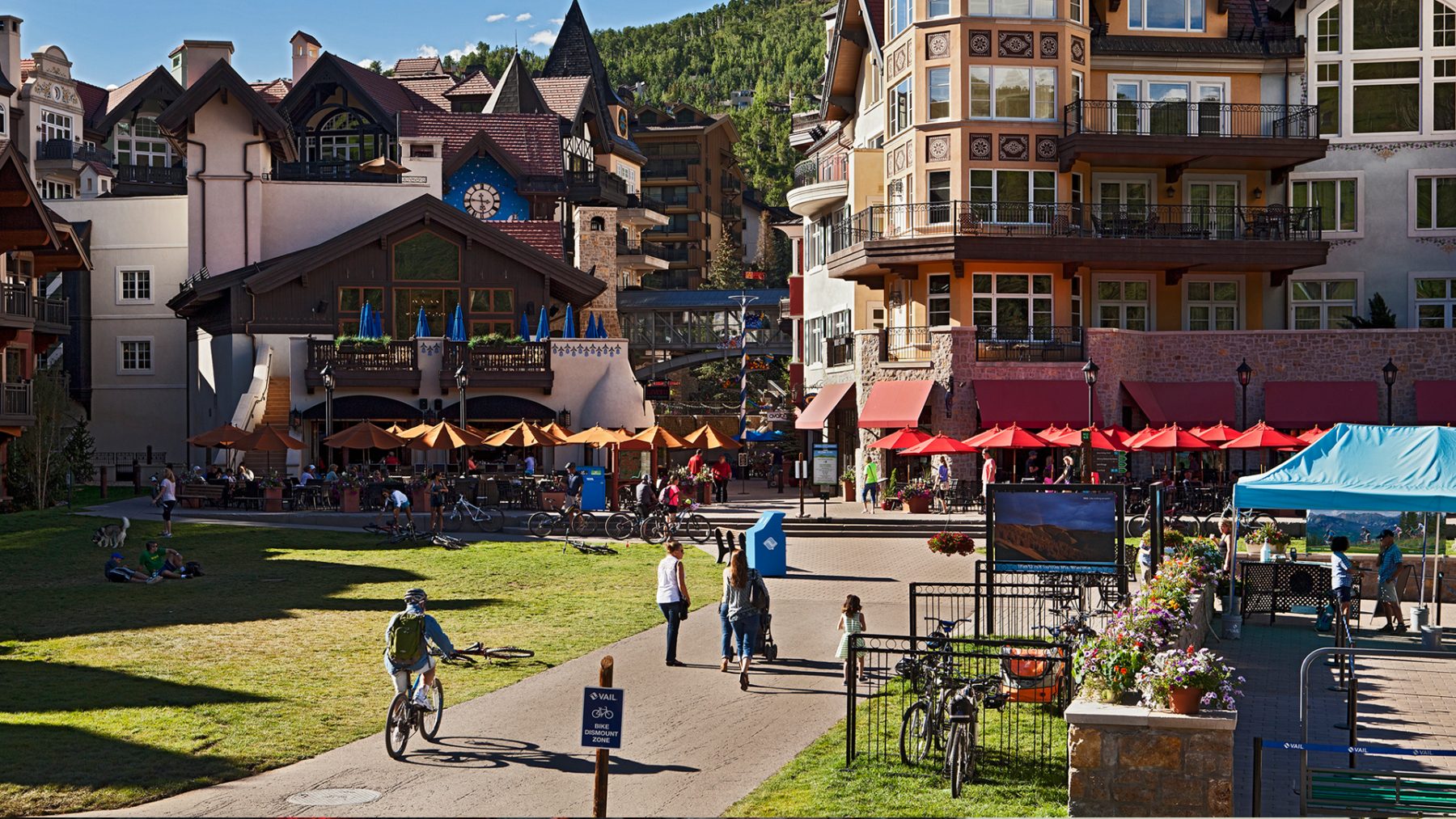 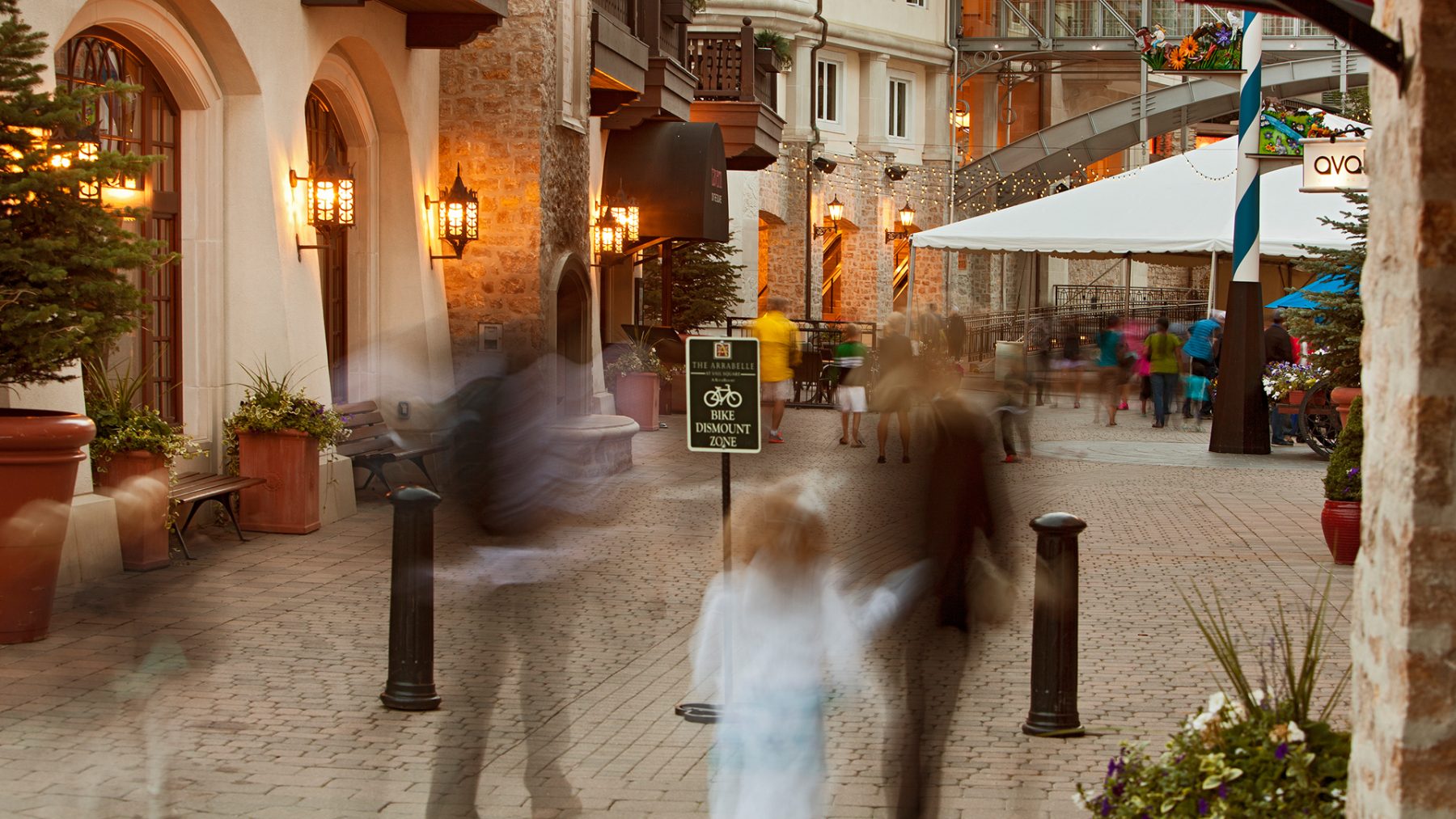 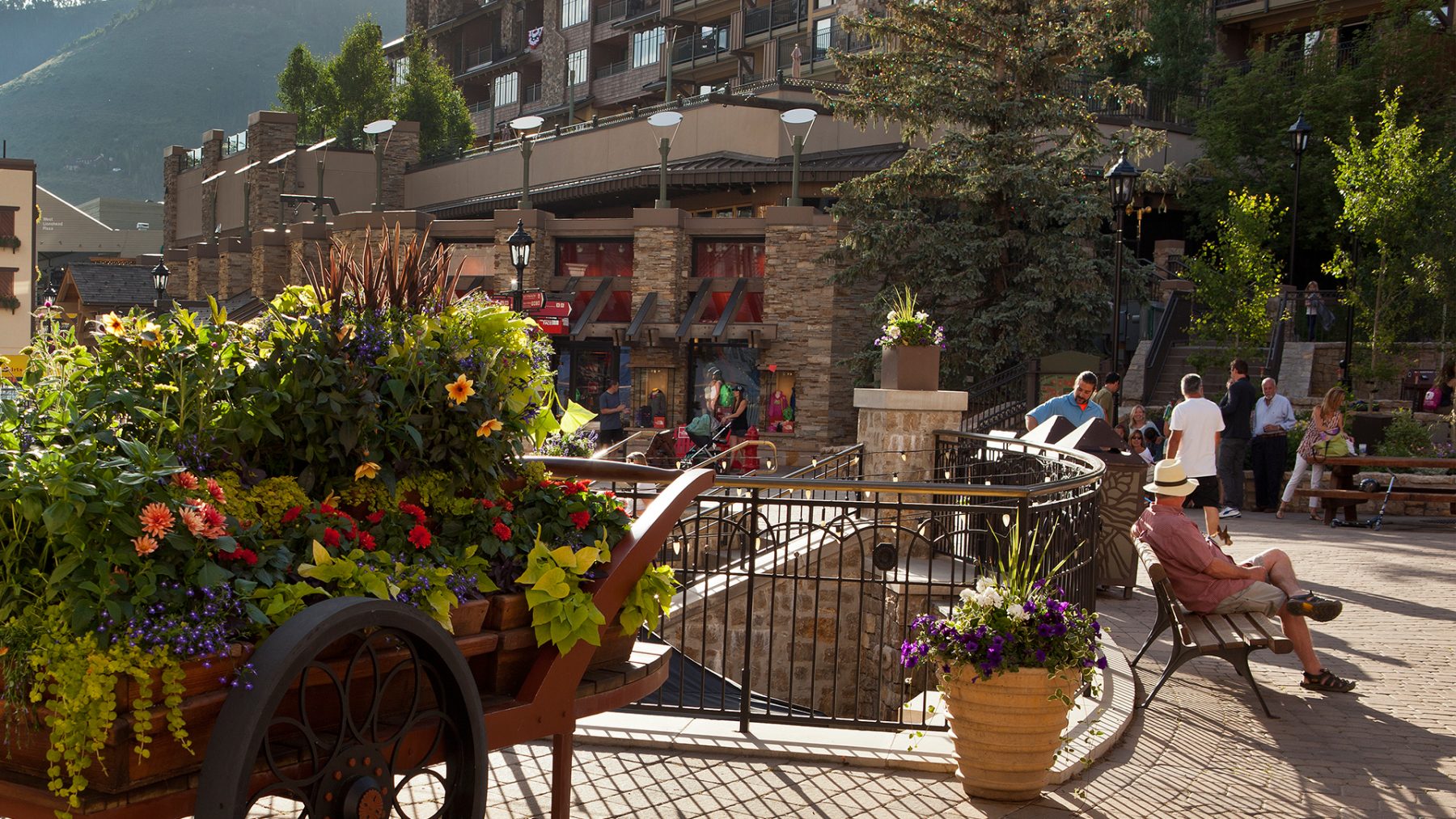 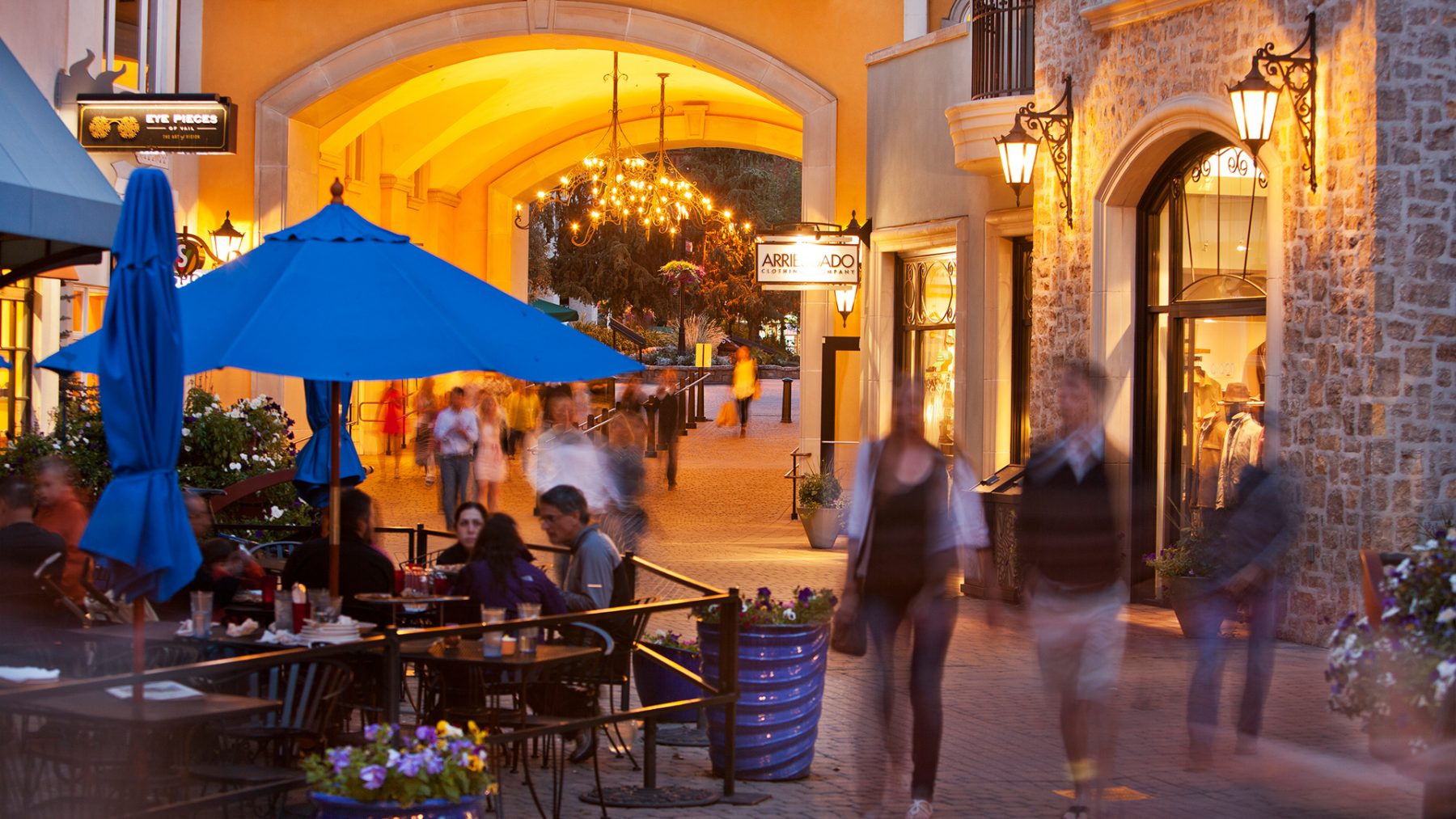